We support our industries and their associations to be today and in the future one of the most sucessful and innovative supplier industries in the world. We are the European information network for the Power Transmission Industry.

This year´s Annual Meeting focus was on the challenges of Covid-19.  "Covid-19 functions as a catalysator for digitalization, it will speed up  processes in our societies, in our global industry, and in the power transmission industry”, says Eric Goos, General Manager of Hansen Industrial Transmissions N.V., Belgium plant of Sumitomo Drive Technologies. He is the outgoing president of EUROTRANS and established a modern organization which is well prepared for the challenges of the future. During the Annual Meeting, Salim Haffar, I-MAK Gearboxes and Drives, Turkey was elected as President and André Thuswaldner, Novagear AG, Switzerland was elected Vice President.

Bearing World by FVA | The Expert Forum for Bearings – Rolling and Plain Bearings! Online and free of charge from 19 to 23 October, 2020

The EUROTRANS General Asembly on 29 September 2020 is held as a web meeting for the first time. In the meeting, the election of the EUROTRANS President, Vice President and General Secretary is foreseen.

Covid-19: Our commitment to you!

EUROTRANS and its member associations are fully committed to you in these times of uncertainties.

Your national associations are here for you to help and support with information during the COVID-19 outbreak.

For the first time, HANNOVER MESSE is organizing a digital event based around the key theme of industrial transformation. What levers need to be applied to ensure that industry recovers quickly from the consequences of the shutdown?

More information can be found here

Mechanical engineering is a truly European industry and a key industry in Europe, therefore we at EUROTRANS are very happy to inform you about the 1st European Engineering Dialogue, taking place from 16-17 June 2021 in Brussels.

With the 1st European Engineering Dialogue, the VDMA has created a conference designed for leading figures in the European mechanical engineering sector to discuss the present and future challenges of our industry.

EUROTRANS Board Meeting at Harmonic Drive in Limburg

This year´s Board Meeting took place at Harmonic Drive AG in Limburg from 17-18 October 2019 at the kind invitation of Ekrem Sirman.

This year the board meeting of the European Committee of Associations of Manufacturers of Gears and Transmission Parts (EUROTRANS) took place at Harmonic Drive AG. The participants discussed the difficult economic environment and the continuous further development of drive technology. Modularization and networking of machines, new legal regulations and standards as well as increasing demands on reliability, efficiency, noise behaviour and functional diversity place rapidly changing demands on drive components, especially on gearboxes, and thus have an enormous influence on the industry.

"Due to our many years of commitment to the German Engineering Federation (VDMA), we are delighted to host the EUROTRANS board meeting this year. The fact that our highly developed drive solutions can be found all over the world today is a fact that would not have been possible without Europe. In the course of globalisation and the increasing pressure of global competition, a united Europe and a united industry are indispensable. European drive technology must strengthen itself internally in order to become more capable of acting externally. EUROTRANS is a priceless network for this," says CEO Ekrem Sirman.

On September 26, 2019, Jean-Claude Reverdell - CEO of Sew Usocome was elected President of Artema for 3 years.

Artema's Board today comprises 15 industrials representing each sector of Artema.

Jean-Claude REVERDELL, mechanical engineer, studied in France and Germany. He has held managerial positions in various companies whose parent company is located in Germany. With over 25 years of experience in the field of drive systems, he joined the SEW USOCOME group in 2008. He first held the position of Commercial Director, before being appointed Chief Executive Officer France in January 2015.

"Artema, the trade association of mechatronics, plays a leading role in this technological breakthrough and in the development of digitization in the industry" according to Jean-Claude Reverdell.

Artema is a member in France of the FIM (Federation of Mechanical Industries) and of 4 European committees : CETOP, EIFI, EUROTRANS and FEBMA.

EUROTRANS – the European Committee of Associations of Manufacturers of Gears and Transmission Parts – celebrated its 50th Anniversary on the occasion of the 5th International Drive Technology Meeting in Hanover, Germany, on Saturday, 30th March 2019.

The power transmission industry is one of the oldest and most innovative branches in the EUROPEAN Mechanical Engineering Industry. In 1968, several companies and associations, mostly small and family owned companies, created a EUROPEAN networking platform in Paris – nowadays known as EUROTRANS.

The 50th Anniversary Celebration was followed by the 5th International Drive Technology Meeting on 31th March with interesting speeches from industry experts covering the topics of global economy, European trade as well as AI and automated driving. Both events took place before the IAMD Hanover, 1-5 April 2019. 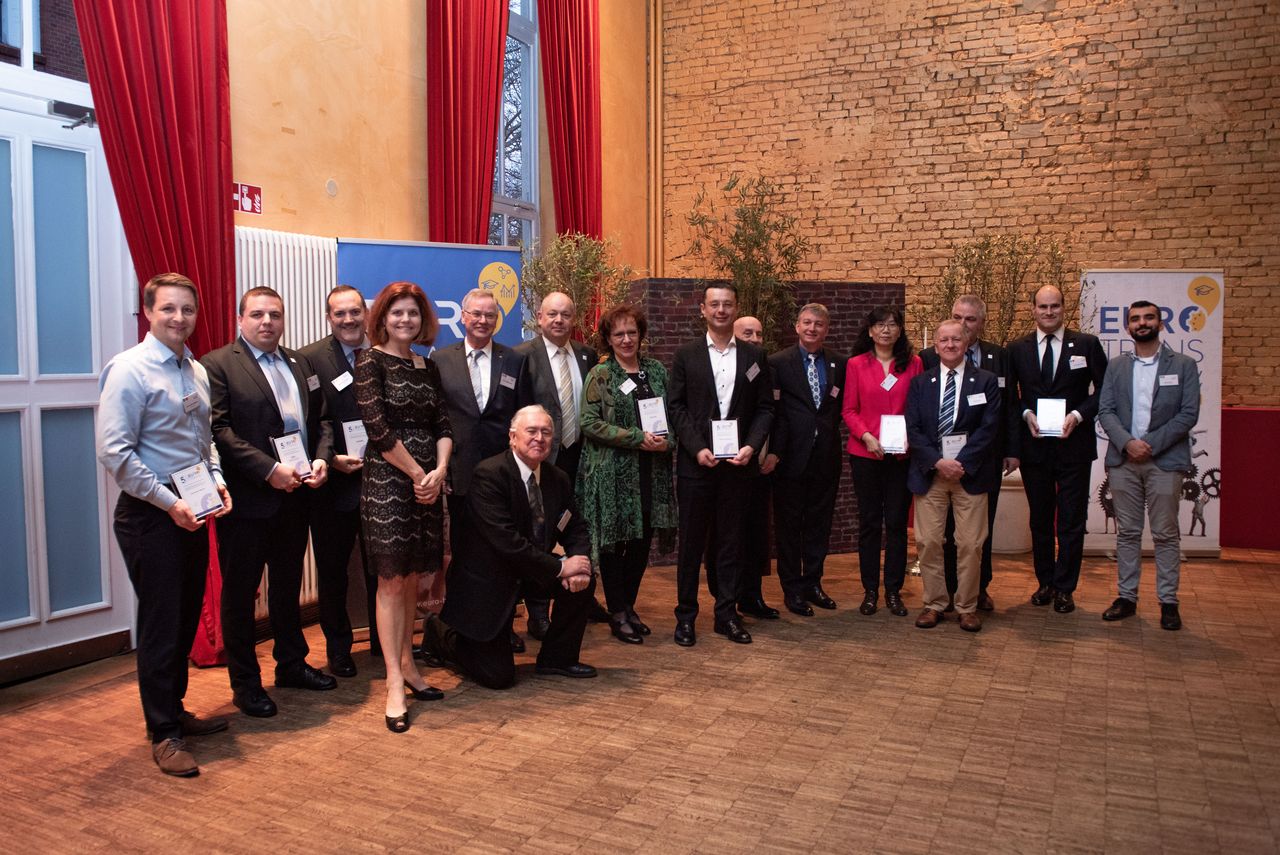 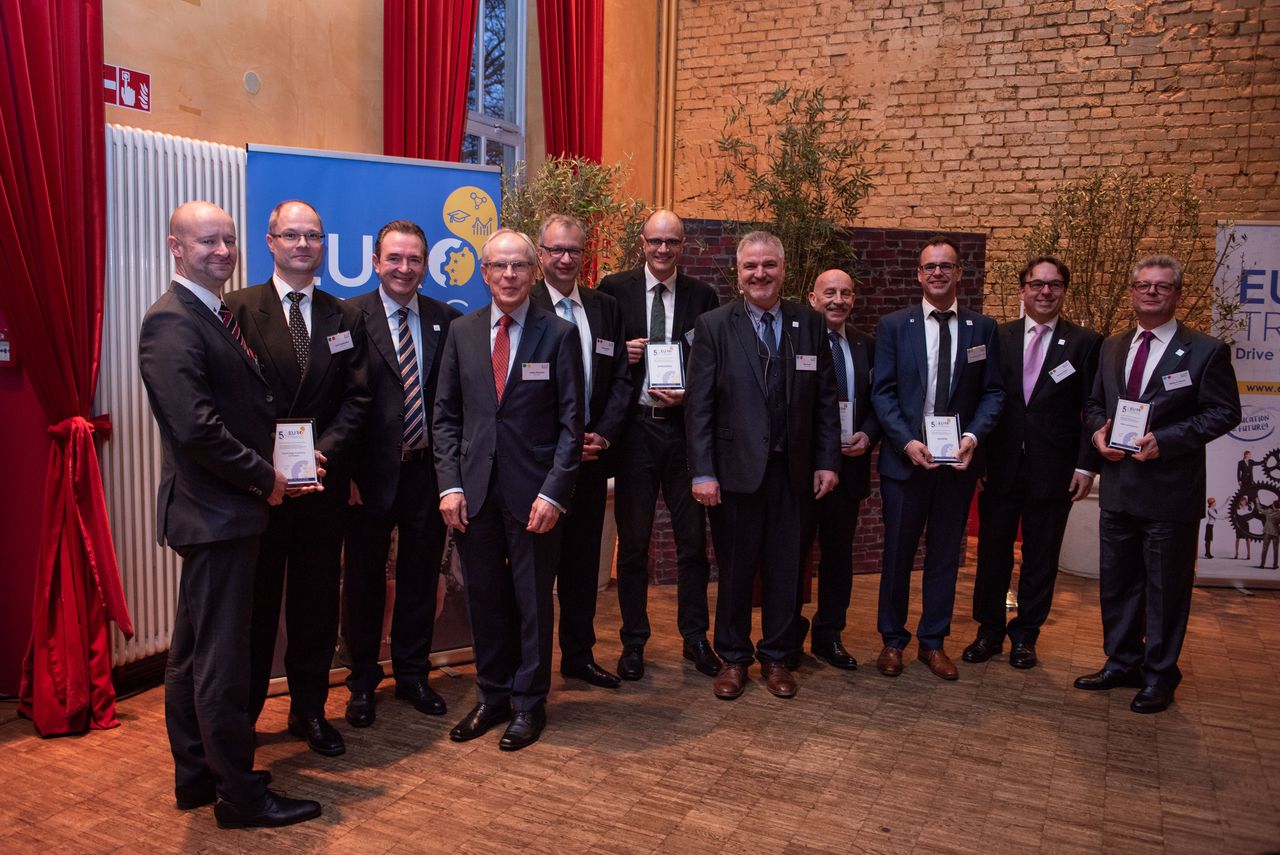 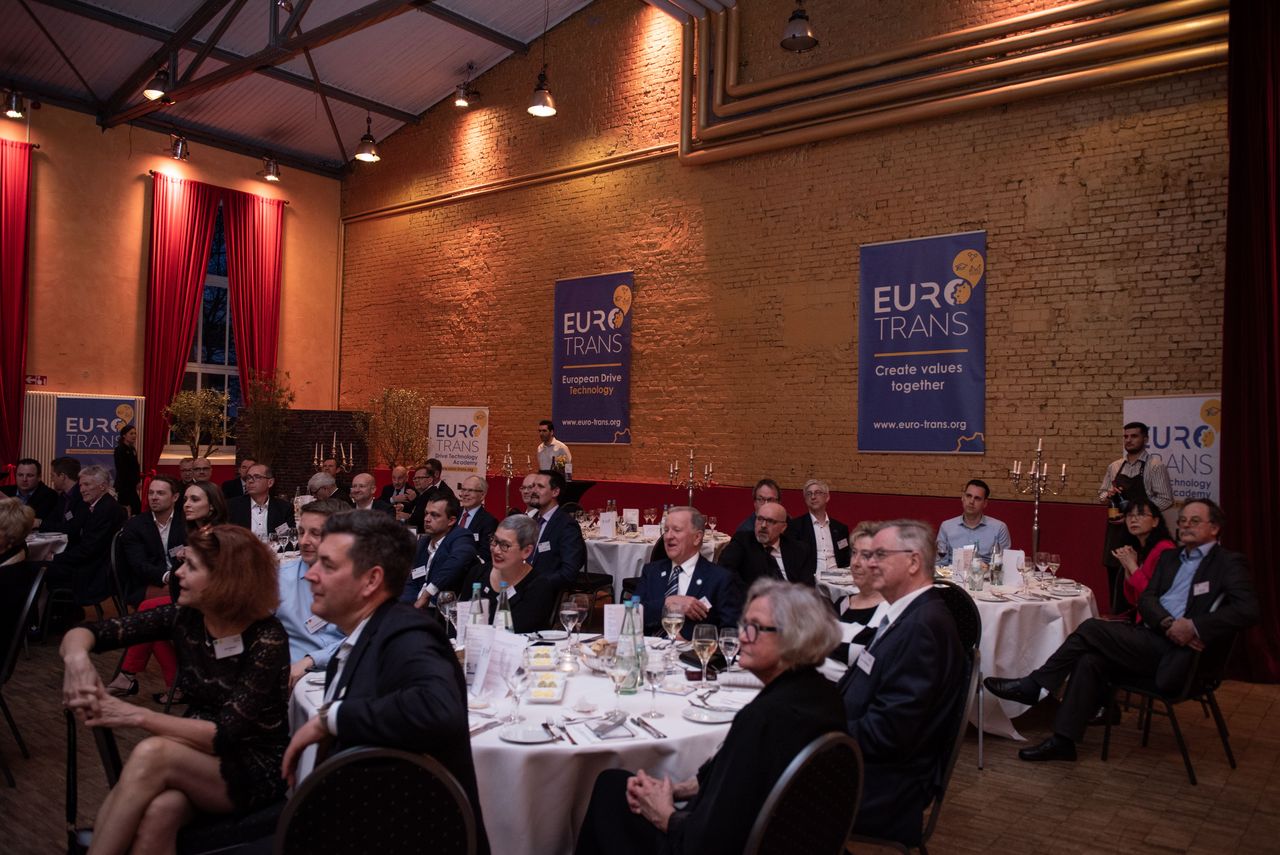 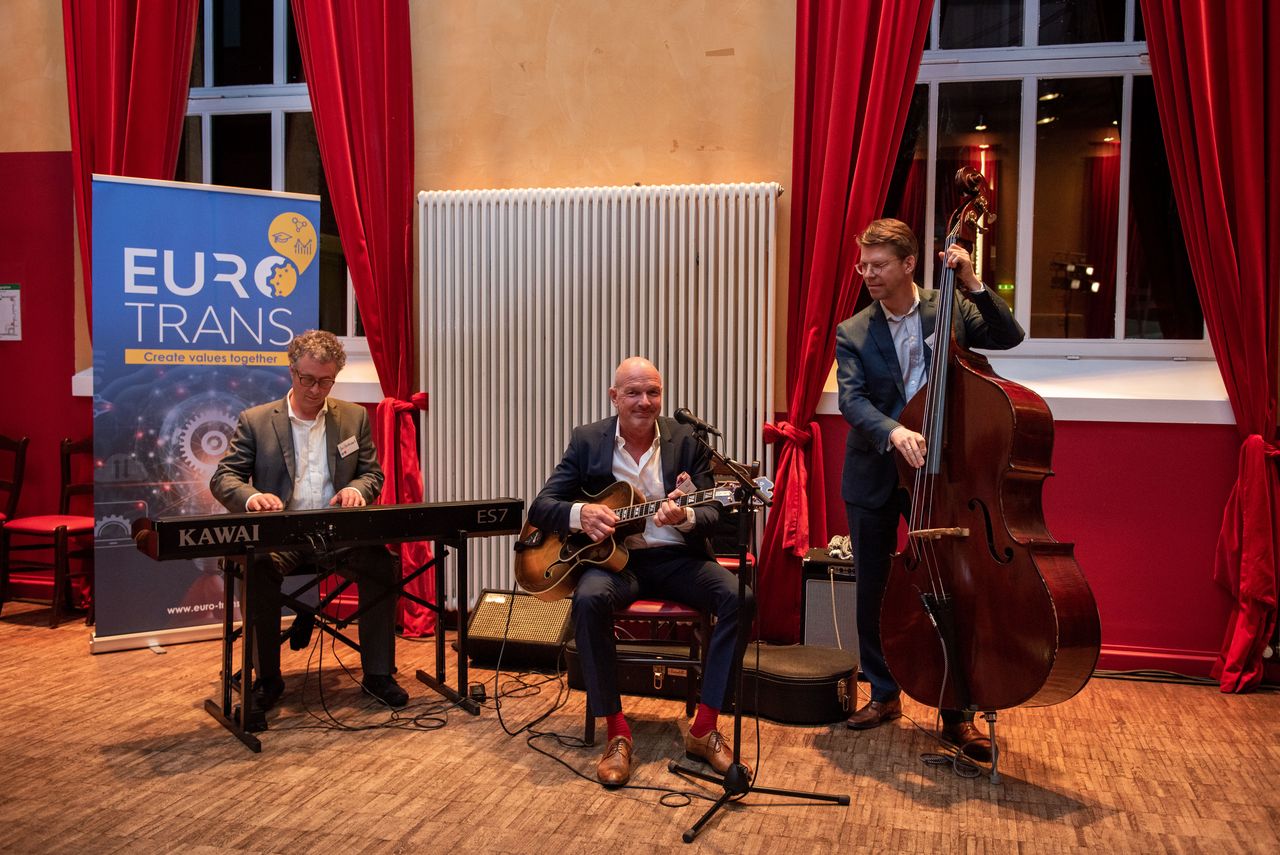 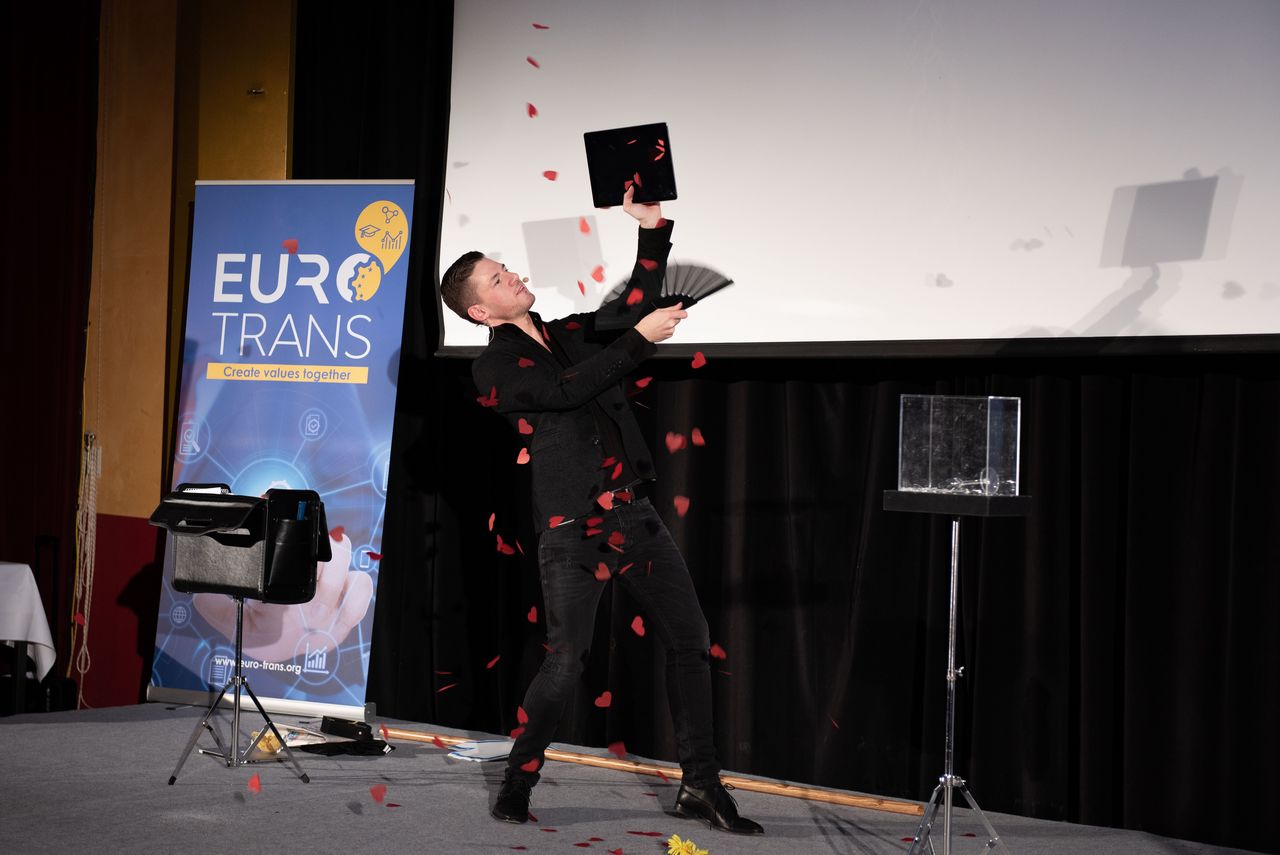 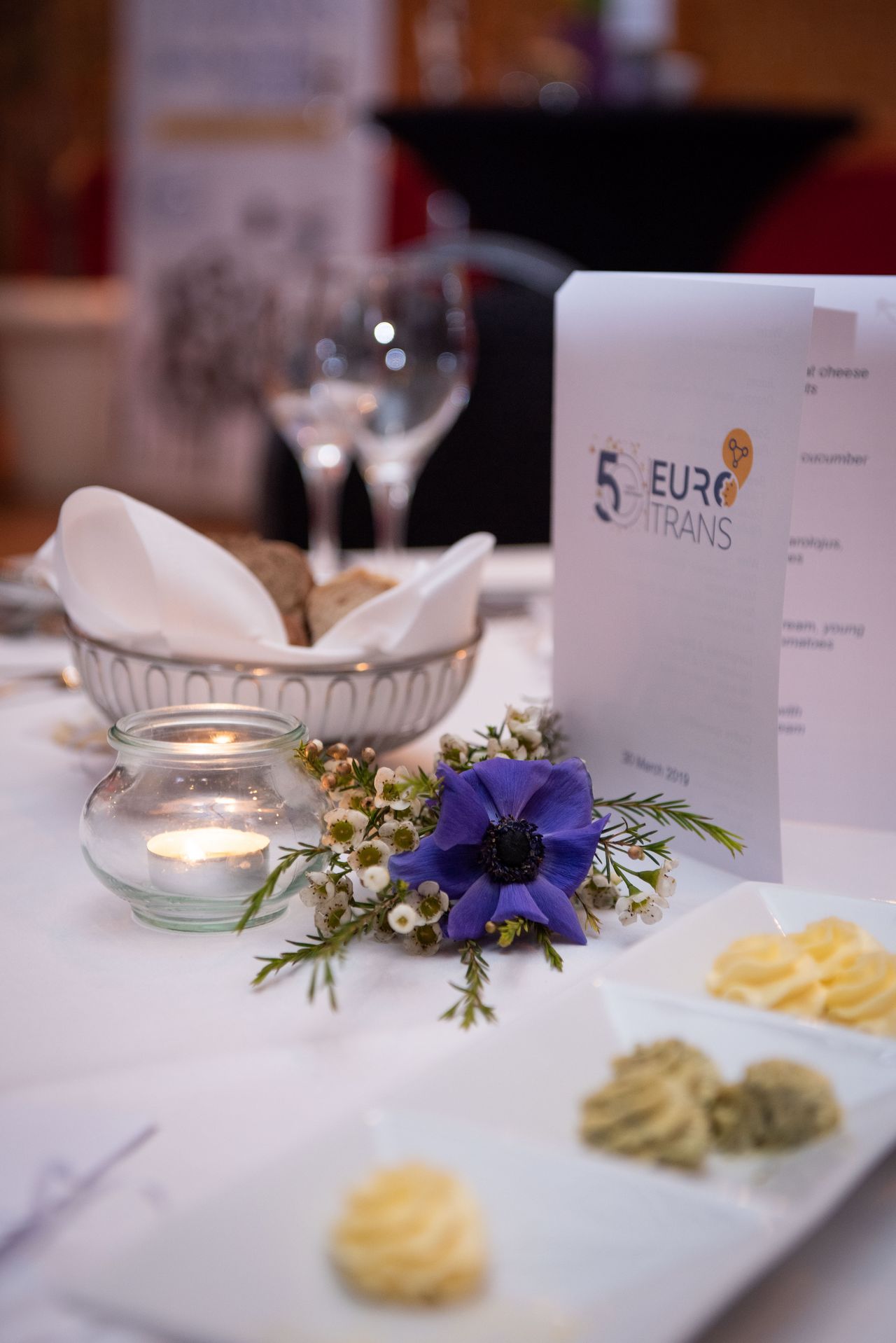 At the EUROTRANS Board Meeting in Istanbul on 2nd October 2018 by kind invitation of the ASSOCIATION OF TURKISH MACHINE MANUFACTURERS (MIB), Nail Türker (General secretary of MIB) and Eric Goos (president of EUROTRANS) sign the membership contract with EUROTRANS during the machinetool show MATEK.
Both emphasized the importance of deepening the networking activities between the Turkish Industry and EUROTRANS for a successful future.

European drive technology well prepared for the challenge of digitalization!

If you are interested to participate at this training program, please feel free to send your contact details to comm-training(at)agoria.be

More information can be found here

EUROTRANS is now on LinkedIn, the world's largest professional network. Follow us and keep up to date with current events and news!
https://www.linkedin.com/company/euro-trans.org/

The flyer for the European Drive Technology Conference 2018 is now available and can be downloaded here.

The next European Drive Technology Conference along with the EUROTRANS Annual Meeting will take place in Antwerp by kind invitation of AGORIA on 21-22 June 2018. The registration is now open and can be accessed via the website: www.edtc2018.be

Interested to improve your knowledge on quality and failure of gears? Save the date and preregister now for the upcoming EUROTRANS Gears Training in Newcastle University from 11 till 15 June 2018!
For more info, click here:

Edegem, 4th January 2018: The Grand opening of the Global R&D Centre for gearbox of Sumitomo Drive Technologies (SHI) in Edegem/Belgium on 4th January 2018 marks the start of the 95 years celebration of Hansen Industrial Transmission N.V.
Shaun Dean (Vice-President Sumitomo Drive Technologies) and the management team from Japan celebrated the opening of the new Global R&D Centre. The opening is a clear signal for the continued commitment and trust of SHI in Europe as a globally attractive production place.